Twenty members of the Moderate Party in Sweden have proposed the government deploys the armed forces in some of the country’s most dangerous no-go zones to combat “gang violence”.
Moderate Party politician Mikael Cederbratt made the proposal this week saying: “The situation in our areas of exclusion has deteriorated. The gangs have taken over and the police have had to retreat. Swedish law no longer applies there.”

Cederbratt was backed up by 19 other Moderate party members who signed a motion to deploy members of the Swedish armed forces in the heavily migrant populated Stockholm suburbs of Hallunda-Norsborg, Tensta, Rinkeby, and Husby Botkyrka Direct

“It is absolutely necessary to do something, because these gangs are like cancerous tumours in our country, and it is urgent. My absolute belief is that we, the nation of Sweden, must declare war on criminal gangs,”

“It is the responsibility of the state to maintain the law, especially the police. But the police today do not have the numerical ability to maintain public order,”

In certain no-go zones, police have been brutally attacked, some of which has even been caught on video. In Rinkeby, police have been trying to build a new, more secure police station for months but have been unable to find building contractors due to the danger of working in the area.

The situation for Swedish police has become dire with Swedish National Police Commissioner Dan Eliasson begging for help from the government earlier this year.

The threats to the police have also begun to increase after a police station was bombed earlier this week in Helsingborg with authorities refusing to rule out potential terrorist links.

Military police are perfect. We also have a group of UN military unions who have learned this kind of work in very difficult situations abroad. If they receive supplementary education, they can work very well under the guidance of a police officer in Sweden

déskotans youtube comment, því áhugaverð myndbönd þurfa áhugaverð comment.
"She says the obvious, because this is cut out of a bigger context, it becomes silly: of 6 rapes in a square mile area, populated predominantly by immigrants, all of the 6 rapes were done by muslims. It is kind of saying that when it rains you will get wet. Most important, it is no related to the entire Oslo. And no females or men walking with sticks are included in her sample of the square mile. She talks in pone sentence of 41 rapes, and in another of 6, and nobody suggest that 6 of 41 rapes were done by Muslims - which would also be incorrect.﻿"

-
Seven bombings in twelve days in Sweden, what is happening? We ask it Swedish journalist, Peter S.

PeterSweden, real name Peter Imanuelsen, is a Swedish journalist, a YouTuber and a political commentator reporting on news from Sweden.


Peter, seven bombings in twelve days, what is going on in Sweden?

That is the question I’ve been asking myself. This is probably the worst I have seen in Sweden so far. Previously we “only” had perhaps 3 bombings a month in Sweden, but now it has really been ramped up. According to Swedish police they think some of these bombings have to do with work they have been doing in “certain” areas. As we all know these “certain” areas are the many no-go zones that now exist in Sweden.

Who do you think are behind these bombings?

Most of these bombings seem to be related to migrant criminal gangs that operate and run the no-go zones in Sweden. But there is evidence to suggest the latest attack against a bar where one person was injured could be terrorist related. The reason for this is that the attacker had religious texts in his backpack and according to a witness he had what appeared to be a suicide belt on him.

Any ideas about how the Swedish authorities can stop this epidemic?

In my opinion the obvious solution to stop this epidemic is for the Swedish government to dueploy the military into the no go-zones and clear them from these migrant criminal gangs. I very much doubt we will see that happen, at least not now. But the Moderate party, which is one of the opposition parties in Sweden, has actually suggested they want to deploy the military in the suburbs as they call them. At least this is a positive step forward, and a glimmer of hope for Sweden.

How does it feel for you to see your home country in this state?

It makes me incredibly sad. I remember Sweden as it was just 10 years ago. Peaceful. Quiet. Low crime rate. The worst things you had to deal with back then were young kids driving around loudly on mopeds. Today there are bombings on a regular basis. Not to mention the soaring rape statistics and gun crime. 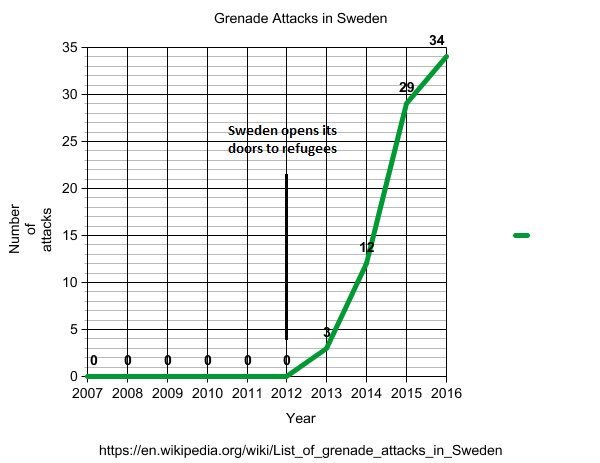 Sweden seems to be turning more and more into a war zone every day, and if you think about it, that’s is probably how these gangs feel about it too. They see this as a war in which they are trying to conquer Sweden. 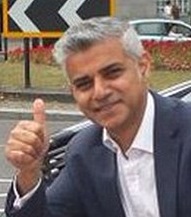 You've made your bed now lay in it Rapport.