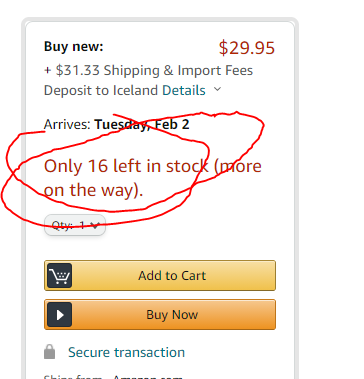 confirmation bias is one hell of a drug!

HOW TO TALK TO A CONSPIRACY THEORIST:

Always, always speak respectfully. Every single person I spoke to said that without respect, compassion, and empathy, no one will open their mind or heart to you. No one will listen.

Go private. Donovan says that when she sees someone post something problematic on social media, she doesn’t pile on in the comments section. “I might send someone a text or reach out in a personalized way through DMs rather than post on their wall,” she says. That prevents discussion from getting embarrassing for the poster, and it implies a genuine compassion and interest in conversation rather than a desire for public shaming.
Test the waters first. That way you save yourself time and energy. “You can ask what it would take to change their mind, and if they say they will never change their mind, then you should take them at their word and not bother engaging,” r/ChangeMyView moderator ihatedogs2 told me. In fact, the subreddit has a list of behaviors that indicate if a person is not genuinely open to discussion.

Agree. Remember the kernel of truth? Conspiracy theories often feature elements that everyone can agree on. Establish those to help build trust and an “I’m on your side” vibe to prep for the stickier stuff to come.

Try the “truth sandwich.” Use the fact-fallacy-fact approach, a method first proposed by linguist George Lakoff. “State what’s true, debunk the conspiracy theory, and state what’s true again,” Donovan says. For example, if you’re talking to someone who believes the 5G conspiracy theory, you could structure your argument as “Coronavirus is an airborne virus, which means it is passed by sneezing, coughing, or particles. Because viruses are not transmitted via radio waves, coronavirus, which is an airborne virus, can’t be carried by 5G.” It’s repetitive, but it reinforces facts and points out where the conspiracy theory doesn’t work.

Or use the Socratic method. In other words, use questions to help others probe their own argument and see if it stands up. Stuart Johnson, a mod on r/ChangeMyView, says that this is by far the most effective approach he’s found, as it challenges people to come up with sources and defend their position themselves. “The best way to change someone’s view is to make them feel like they’ve uncovered it themselves,” he says. That means engaging in back-and-forth questions and answers until you hit a dead end, gently pointing out inconsistencies. Studies show that people often think they know more about a policy than they let on, and the Socratic method can reveal those inconsistencies. Research shows this tactic can prevent one party from feeling attacked.

Be very careful with loved ones. Every single person I spoke to hesitated when asked how to confront a loved one, like a parent or sibling, who believes in conspiracy theories. Many said they back off if the relationship is extremely close. “You have to perform a calculation on whether it’s worth it to engage,” ihatedogs2 told me. “How deeply do they believe it? How harmful is their belief?” It can be tough, but biting your tongue and picking your battles can help your mental health too. As another r/ChangeMyView user, Canada Constitution, put it: “A harmonious Thanksgiving is preferable to fights over social media.”

Realize that some people don’t want to change, no matter the facts. In highly politicized areas, researchers have found, some people rationalize their belief system—even if reality counters it—simply because it’s difficult to be in the wrong. Canada Constitution once ran into this in trying to talk to someone who thought psychiatric medication was a conspiracy: “No matter how many peer-reviewed studies I pulled up, they would not budge. Rather than get frustrated, I took the opportunity to ask them further questions to understand their beliefs.” Taking this approach not only helps you refine your argument but also is more compassionate.

If it gets bad, stop. One r/ChangeMyView moderator suggested “IRL calming down”: shutting off your phone or computer and going for a walk. Another put it even more simply: “If I am not enjoying the discussion and getting angry, then I simply stop.”

Every little bit helps. One conversation will probably not change a person’s mind, and that’s okay. “People aren’t going to have seismic shifts in beliefs all at once,” an r/ChangeMyView mod, themaskedserpent, told me. “Sometimes you can shift someone’s perspective a little, like water eroding a rock. You won’t debunk a conspiracy theory but lay the path for someone in the future to do so.”